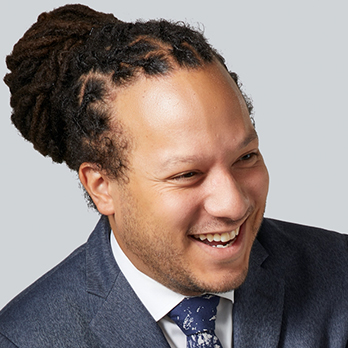 Joshua Sealy-Harrington is a doctoral candidate at Columbia Law School and lawyer at Power Law. His research interrogates the complex relationships amongst law, identity, and sexuality, while his practice explores the intersection of these relationships with public, constitutional, and criminal law. In practice, Joshua has appeared before all levels of court, including the Supreme Court of Canada. Before joining Power Law, Joshua completed three judicial clerkships, two at the Supreme Court of Canada (for Justice Clément Gascon) and one at the Federal Court (for Justice Donald J. Rennie, now of the Federal Court of Appeal). His writing has been published in various law journals, National Magazine, The Globe and Mail, and Newsweek. And his legal scholarship has been cited in various textbooks as well as in judgments of the Federal Court, Federal Court of Appeal, and Supreme Court of Canada. His twitter account @joshuasealy won a “Best Twitter Account” award at the Canadian Law Blog Awards in 2019 for his online advocacy.